Can you hear the Drums?

I wrote this for a Scriptwriting unit, semester 2 in 2020. Angela has a coming of age ceremony soon and as she prepares for it, she wonders what the future holds.

Can you hear the Drums?

SET THE SCENE: A GIRL IS ON THE STAGE AND IS FACING A SMALL TREE. SHE HAS A HAND DRUM AND DRESSED IN AN OUTFIT WITH EARTHY TONES. THE PROJECTOR SHOWS AN IMAGE OF THE FOREST.

ANGELA is talking to one of the trees

ANGELA:  I always enjoyed living in the forest. It is our home. It is usually safe.

SHE LAUGHS SOFTLY. LOOKING AROUND.

ANGELA:  I need to practice the drum. It’s all about rhythm!

SHE PRACTICES A BEAT ON THE HAND DRUM

ANGELA:  Dance to the drums. What nonsense. I can paint a picture or sing a song but I am supposed to dance? Well, they can find someone else.

ANGELA:  But I can’t turn my back on my people. I’ve been preparing for the last couple years for this moment

BEATS ON THE HAND DRUM

ANGELA:  It’s my coming of age ceremony soon. I am expected to dance in front of the elders. I don’t like the idea, but it has been this way for a hundred years.

ANOTHER BEAT ON THE HAND DRUM

ANGELA: The three main elders are very strict. They have no time for nonsense. My nonsense in particular.

SHE BEATS ON THE DRUM, LAUGHING

ANGELA: We are to study constantly and exercise a bit daily. There’s no time for dillydallying or mischief

ANGELA: I’m always getting into mischief

SHE LAUGHS. MOVING THE DRUM TO THE SIDE AND WALKS AROUND THE STAGE.

ANGELA: That’s why I am worried. You see.

ANGELA:  The elders don’t like me. They see me as a rebel. I like to draw. Nature surrounds us every day. I like to capture nature’s beauty on the pages. But they’d rather us dance than draw or paint

ANGELA: When the youth dance here… the trees stir. The rhythms and the synchronicity make the plants grow! They are vibrant and green. So winter is a brief season.

ANGELA: I’m not the best dancer. Not by far. I hope today goes well. It won’t be fun. I have to be serious and concentrate… Come on Angela… you can do it! She whispers

ANGELA: I need to impress them a bit. Enough to not get a bad role in the village. My friend, Jarrod is also getting ready for his ceremony. At least he can dance. His grandfather is one of the elders. Hopefully it all goes well.

ANGELA IS CALLED TO THE CLEARING. WHERE THE ELDERS ARE GATHERING.

ANGELA: Come, the elders are calling us to the circle. We better hurry, they don’t like latecomers. Disturbs the environment or some such.

ANGELA MAKES HER WAYS TOWARDS THE END OF THE STAGE. BEATING ON THE DRUM AS SHE GOES.

ANGELA: “I got no rhyme, I got no reason, time to go before the end of the season!”

SHE HOPS AROUND TO THE DRUM RHYTHM.

ANGELA: Winter is almost here. A time for rebirth and renewal. But also a time of endings. I hope I get to go somewhere after this. I’ve grown up in this forest. Yet I think I’d like to go on an adventure. Go to a beach and see the water.

SHE BEATS ON THE DRUM.

ANGELA: The elders are nearly here… I can hear them. My fate will soon be decided. They don’t sound thrilled today. I might have more trouble than I thought. At least I don’t have a prophecy hanging over my head.

THE RINGING NOISE COMES BACK

ANGELA: Oh no, I’m going to be late. Better not keep them waiting!

PROJECTOR CHANGES TO A CLEARING WITH PILLARS ON FOUR SIDES.

ANGELA: Greetings elders. I come before you for my coming of age ceremony. I pay my respects to the four elements, the trees and the four elders. I will attempt to dance to a rhythm I’ve been working on this past year…

ANGELA: This isn’t working…. SHE WHISPERS.

SHE VOCALIZES AND DISCARDS DANCING ENTIRELY. THEN BEATS ON THE DRUM IN A COOL RHYTHM THAT THE ELDERS ENJOY. ANGELA DRUMS WITH WILD ABANDON. (THE PROJECTION ON THE WALL SHOWS THE PILLARS SPARKLING BLUE AND GREEN)

ANGELA: Can you hear the drums? ANGELA LAUGHS, TOTALLY CAREFREE 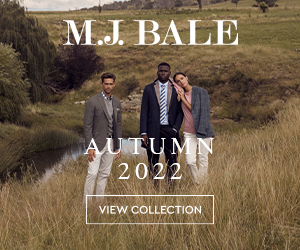